Today Summer Garden Buildings is a leading UK supplier of garden buildings and associated products and a major importer from around the world with 50,000 square foot freehold premises. This is our story:

1982: The new business occupied its first premises at Gladstone Street in Norwich, pictured below, a 400 square feet builder's yard in the rear garden of a terraced house. It was a useful place to store building and landscaping materials together with a growing collection of mowers, strimmers, rotavators and a cement mixer, 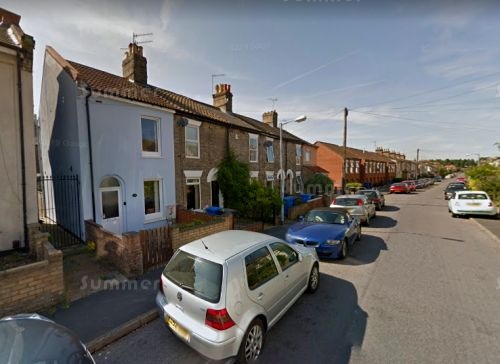 1982: The business moved into a 500 square foot industrial starter unit at Silver Street, Norwich, within a large warehouse which has since been demolished and redeveloped as housing. From this site the business started to manufacture fencing panels.

1983: The business moved into larger 1,200 square foot premises at Russell Avenue, Spixworth, a few miles outside Norwich. It was a small factory unit in an old nissen hut, which has since been demolished and redeveloped as housing. From this site the business started to manufacture timber sheds aswell as fencing.

1984: The business moved into larger premises, a 2,000 square feet factory unit at Newman Road in Rackheath, a few miles outside Norwich. It was located in an old nissen hut which had previously been used as a church by the US Air Force base in Rackheath during the 2nd World War. It has since been demolished and redeveloped as a modern industrial building. With extra space the business started to manufacture a wider range of sheds, summerhouses and other timber buildings. 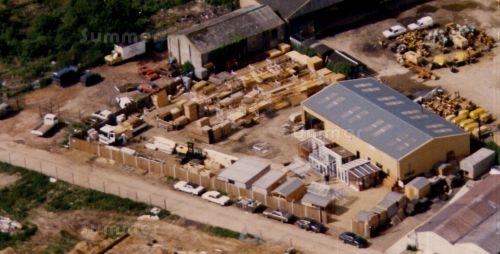 1988: The business acquired its first freehold premises, a 32,000 square feet development site at Wendover Road on the Rackheath Industrial Estate, pictured below. The company built a large conservatory roof factory, a smaller workshop for treating hardwood conservatories and a detached office building as the centrepiece of a large show centre. Click here to see more images of the Wendover Road premises 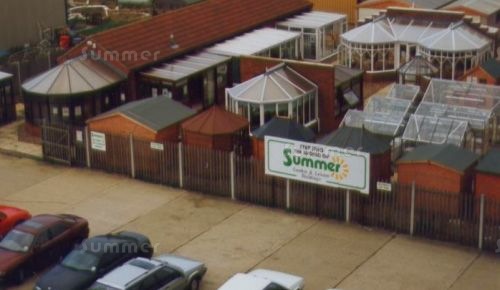 1990: The fencing and shed factory in Mackintosh Road, Rackheath was closed during a time of recession. With the factory closed, numerous wholesale manufacturers were keen to sign up a leading Norfolk supplier as a new agent. With a much wider choice and faster deliveries, the business in timber buildings flourished as a result. As an agent for many new manufacturers the range of products and designs mushroomed and sales increased. At the same time the conservatory sales continued to grow. The Norwich show centre at Wendover Road in Rackheath quickly expanded to 34 display buildings and eventually to 50 buildings. 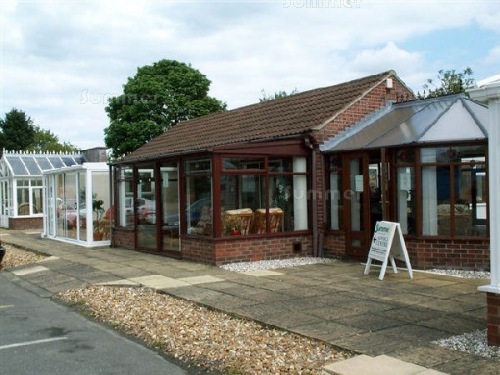 1996: The business opened another show centre with a large display at the Notcutts Garden Centre in Orton Waterville, Peterborough, pictured below. Click here to see more images of the Peterbrough Show Centre. 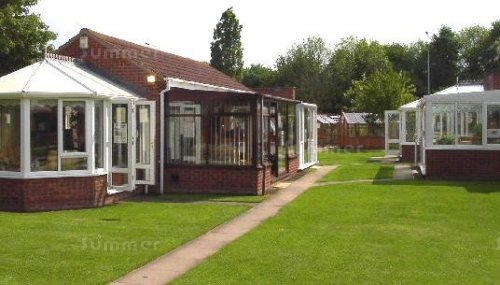 1996: The business opened another show centre with a large display at the Wyevale Garden Centre in Wootton, Northampton, pictured below. Click here to see more images of the Northampton Show Centre. 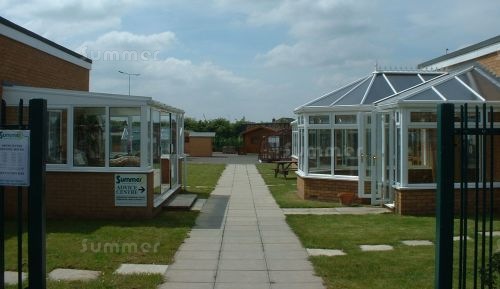 1996: The business opened another show centre with a large display at the Notcutts Garden Centre in Norwich, pictured below. Click here to see more images of the Norwich Show Centre. 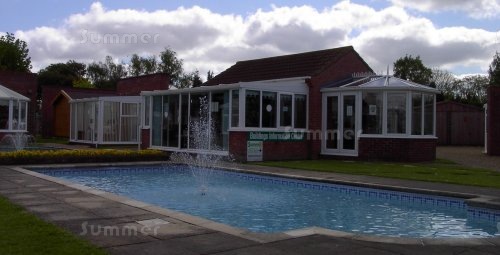 2004: Due to the ever increasing cost and complexity of managing hundreds of small far flung building sites each year the decision was made to start phasing out the installation of conservatories. The company decided to focus instead on a massive expansion in the supply of garden buildings across the UK, driven by online sales. The company started to transform from a regional supplier to a nationwide supplier offering delivery and installation of garden buildings throughout England, Wales and Scotland.

2005: The company website www.summergardenbuildings.co.uk was launched and began trading online.

2005: Additional 10,000 square foot premises acquired at Liberator Close, Rackheath Industrial Estate. Initially the site was leased to a succession of tenants until 2015 when the business occupied part of the premises.

2006: Following the rapid growth of online sales and the gradual deterioration of show centre sales, the Peterborough show centre closed at the end of the lease.

2007: The Norwich show centre was relocated to a smaller site adjacent to Bartram Mowers at Bluebell Road in Norwich Norwich Show Centre. 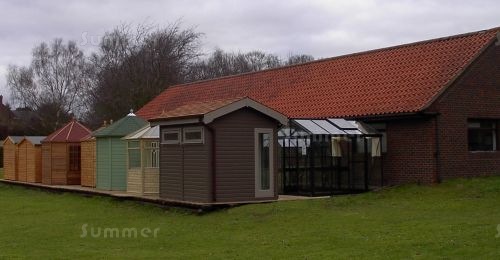 2008: The Northampton show centre closed at the end of the lease.

2010: The Norwich show centre was relocated to Liberator House although extensive warehousing remains the primary use of the building.

2011: The Cambridge show centre closed at the end of the lease.

2015: The business expanded into the 10,000 square foot premises neighbouring Liberator House, occupying part of the building and leasing the remainder to a new tenant. The new premises at 14 Liberator Close provided additional warehouse space.

2019: Additional 6,500 square foot premises were acquired nearby, at 16 Liberator Close. Although not immediately adjacent to any of the other premises, the entrance to this new warehouse is within 100 metres of the entrances to 14 Liberator Close and Liberator House.