Go to content
COVID-19 CORONAVIRUS INFORMATION FOR CUSTOMERS - MOST DELIVERIES CONTINUE AS NORMAL: We are currently taking online orders as normal, as encouraged by the government. We can deliver a large selection of stock products with next day delivery. Our Show Centre and offices are temporarily closed. Some office staff are working at home where possible. With fewer staff our phone lines are open 7 days a week from 10am-3pm only. For more information CLICK HERE.
Not your postcode?
Setting the first half of your postcode shows you the full choice in your area.

1982: One of the first pieces of machinery the new business aquired was an old 1950s Clifford rotavator, pictured below. The rented 3hp and 5hp rotavators available at the time were simply not powerful enough. This much bigger machine with powered wheels and powered tines was much more effective. But the powered spring tines could throw a brick or stone out of the back at some speed which caused repeated cuts and bruises to shins. It was also an old and unreliable engine which suffered too much expensive down time. 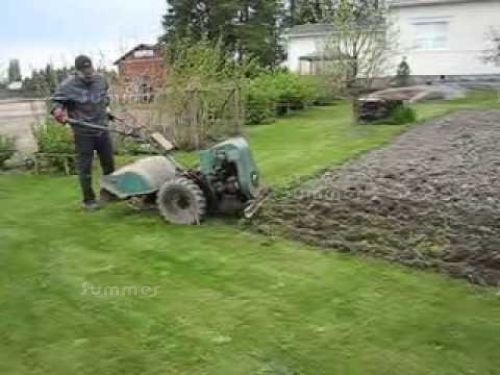 1983: The Clifford was quickly replaced with the Howard Gem rotavator, pictured below. This wonderfully balanced heavy machine lived up to its name. It could turn almost anything into powder with hardly a ripple, including even weak or crumbing concrete and soft bricks like Norfolk Reds. It quickly paid for itself by turning any garden into a beautiful powdery seedbed within a few minutes. 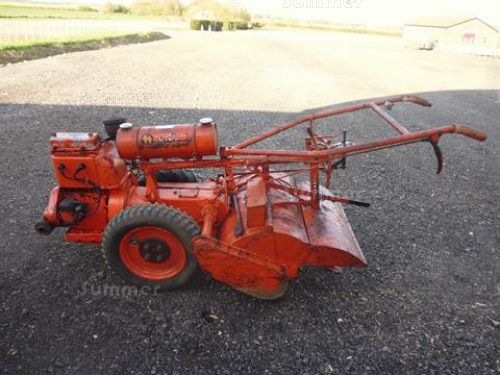 1983: One of the first company vehicles was an old Bedford dropside pick up truck, pictured below. It was ideal for transporting paving slabs, fencing panels, aggregates, building materials and machinery. 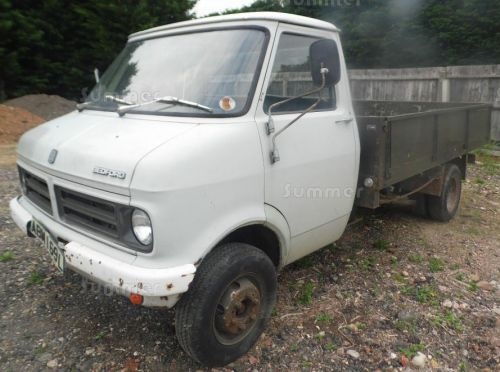 1987: The picture below shows our Lansing side loader fork lift, which we purchased from new. It could unload long packs of timber from the narrow road outside our premises. It could also pick up or put down long packs within the yard or carry a pack into the factory and place it next to the cross cut saw. 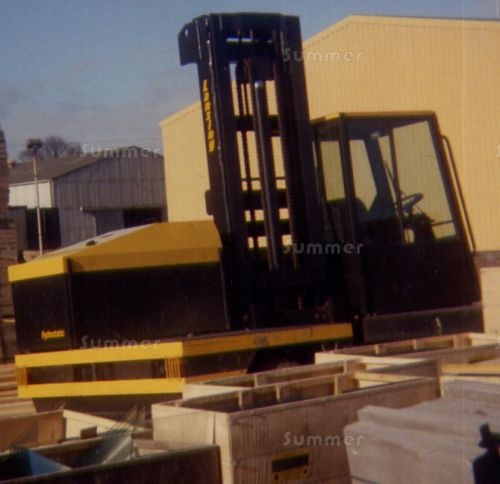 1998: The 3 pictures below show a brand new Volkswagen van. It is a long wheel base high roof van, the largest model available, which our conservatory fitters loved. The strange unfamiliar number plate is Irish. At the time we saved several thousand pounds each time we imported a new van from the Republic of Ireland. In the first 2 pictures the signwriting is not finished and the roof rack and side frail have yet to be fitted. In the third picture the signwriting, the roof rack and the side frail are all finished but the van is not so clean. 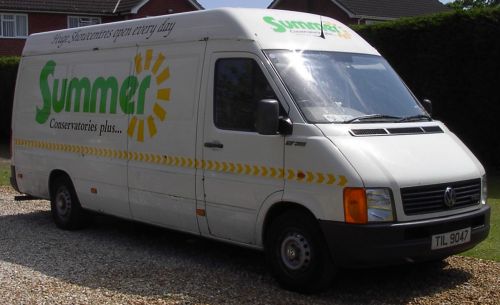 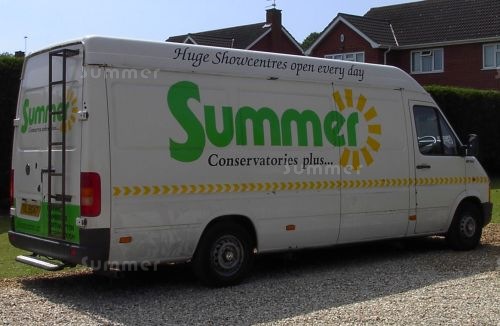 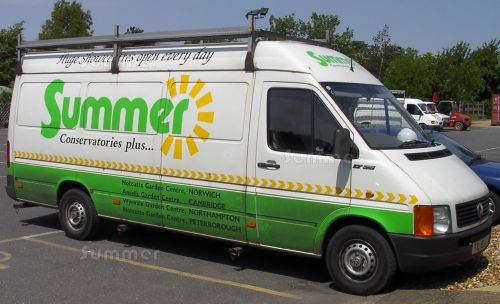 We are currently taking online orders as normal, as encouraged by the government.
Scroll Down To See More
Back To The Top